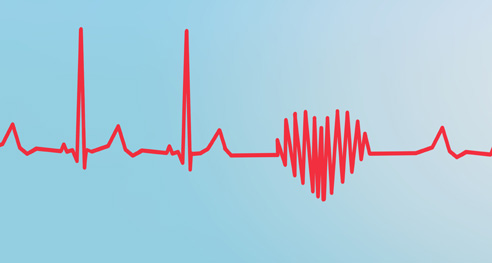 The company, founded and run by well-known medical billing expert Margaret Faux, has also expanded overseas in the last few years, opening offices in Chennai and Dubai to provide clinical coding services to hospitals in the Middle East, many of which have adopted the Australian framework for clinical coding, ICD-10AM.

Ms Faux, a nurse and lawyer who is doing her PhD on Medicare claiming and compliance, said there was a lack of trust between patients, specialist doctors and insurers over billing and out of pocket expenses, as illustrated recently by the ABC’s Four Corners program Mind the Gap.

Ms Faux and her team hope to help alleviate this problem with the company’s new medical billing system (MBS). While there are a number of technology solutions on the market, Synapps MBS has been designed with a rules engine based on the Synapse team’s many years of experience in working with Medicare and the complexities of the MBS.

The main problem with medical billing as Ms Faux sees it is that it has become so complex that compliance is now very difficult. The rules keep changing, leading to too many incorrect claims being submitted, annoying doctors, the health funds and ultimately patients.

“Private health insurers don’t have any ability to apply the rules, which is why they have major challenges in relation to their non-Medicare eligible policy holders,” Ms Faux said. “They don’t know what to pay either, because they rely on Medicare.”

“So with the whole country relying on Medicare to apply rules, we have a problem, because what happens is doctors don’t know what they can and can’t bill so they just put in what they think is right and send it off, right or wrong. What’s worse is that all Australian medical billing software systems enable incorrect medical bills to be sent because there is no medical billing rules engine available anywhere in this country.”

Ms Faux said the number of incorrect claims being rejected and other delays to the process has led to a high level of mistrust.

“When payers see incorrect claims hitting their systems, they may think doctors are deliberately claiming incorrectly, though most of the time they are not, and everything grinds to a halt,” she said. “So, I thought, wouldn’t it be great if we could start to restore some trust into the medical billing transaction by trying to get more correct claims hitting the health fund and Medicare systems in the first instance.”

Ms Faux described Synapps MBS as a sophisticated system that does everything other apps on the market do, such as allowing doctors to upload their gap fees and calculations, but it can also apply rules at the point of entering the claim, telling users if they can’t claim an item or combination of items.

The app is also able to highlight claims where additional clinical information may be required before the claim is paid and even manages informed financial consent. At the front end, the whole process of filling in dozens of forms to register for online claiming with Medicare and the health funds has also been completely automated as that is all included in the sign-up process.

Ms Faux said the idea is that as the rules engine grows, more and more claims will be paid the first time. “That means everyone is happy,” she said. “It benefits everyone, because incorrect claims impact out of pocket costs for patients as well. If you get the item numbers wrong and you’ve already charged an out of pocket cost to your patient, but the patient is unable to claim a rebate because one of the item numbers was wrong, it is difficult to go back and fix it.”

“But with this solution, the app will pick up the error before the patient has paid, and say to the doctor no, you can’t claim those two item numbers together at all.”

The rules engine has been developed based on the knowledge and experience Synapse has gained over many years of manual processing of medical billing. Ms Faux calls it her “PhD in an app”.

“The rules engine represents years and years of being on the phone myself and my team to Medicare and the health funds, hour after hour trying to understand why claims have been rejected, reviewing the law underpinning Medicare billing, reading legal cases relating to billing and of course, being near the end of a PhD on the topic.”

The app’s rules engine is overseen by a rules committee that meets regularly and operates under a robust governance framework. It includes item number level rules as well as provider level rules, patient level rules, health fund rules and a myriad of other categories, reflecting the complexities of the health financing system.

The Synapse billing team also monitors rejected claims, which are referred to the rules committee for review. It also has a dedicated team exclusively monitoring changes in fee schedules around the country daily because they change so often, she said.

“We have programmed about 17,000 rules so far out of what we expect will be hundreds of thousands, but at around the 50,000 mark, we expect to have covered most of the rules affecting most doctors most of the time.”

Ms Faux hopes the technology will be able to restore some trust to the market, but also reduce the cost of billing services. Synapse charges a percentage of receipts from doctors, which has always sat uncomfortably. She would far prefer to charge a monthly fee but said clients have resisted this in fear of the company no longer chasing up rejected claims.

“In part they were right because arrears follow up is hard, thankless work,” she said.

But by taking a layer of administration out of the process and automating it, there is a big chunk of savings to be had.

“Plus we have a completely free package for low volume users coming soon. I’m really proud that we will soon be offering the first free medical billing service in the country. It will help new specialists and allied health practitioners get started without any overheads.”

“By maximising technology, we have achieved massive savings, reduced rejected claims, supported compliance and sped up the process, all at the same time.”

There is also a lot of interest from other vendors looking to integrate with the system. “We are open to integrations because we see this as a solution for everyone, not just people that want to be a Synapps MBS client,” she said.

Synapse has also been building its overseas arms for the last several years, developing a hybrid model using Australian skill and expertise to build both an Australian and an Indian clinical coding workforce. The teams handle many of the outsourced clinical coding requirements of Australian state health services and private hospitals, as well as hospitals and clinics in the Middle East.

One of the challenges facing the health system is the dearth of clinical coders due to years of lack of support for the discipline, with training programs reduced or cancelled by several universities.

“We stopped training coders and are now suffering from a severe workforce shortage,” Ms Faux said. “What we have is an ageing workforce who mostly want to work part time from home. There are a few people coming through VET courses, but hospitals don’t have the resources or time to invest in mentoring them to become senior clinical coders.”

“There is a desperate need for clinical coders, not just in Australia but globally and we are looking to fill that gap by building the largest team of Australian-trained clinical coders anywhere in the world and by also developing software to support this critical health system function. It’s an ambitious plan, but very exciting.”