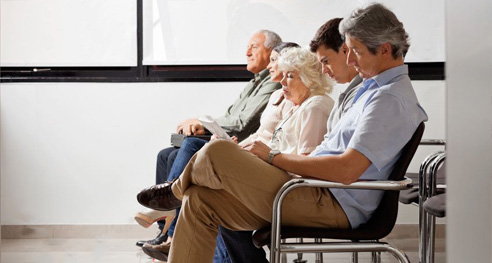 If you relied on the MBS, you could be forgiven for thinking that public hospitals were the seat of organised crime.

I mean, we all know the states receive funding from the Federal Government to run public hospitals, right?

And we know that the MBS clearly states Medicare benefits are not payable where the medical expenses for the service are paid or payable to a public hospital.

So why is it that every day, GPs around the country receive calls from public hospitals requesting named referrals to enable the bulk-billing of public outpatients? It smacks of a rort.

It is even called out from time to time, yet it always seems to fall on deaf government ears. It’s as though the entire country is complicit in the ‘Great Medicare Double-Dipping Scandal’ that has turned public hospital outpatient departments into the speakeasies of Australian public health.

It may therefore come as a surprise to learn the practice is legal. The problem and source of confusion is the MBS, which is often mistaken as being the law of Medicare. It isn’t.

The MBS is really nothing more than a departmental presentation of a small component of Medicare law, in the same way that swollen ankles and shortness of breath might be a superficial presentation of underlying complex heart disease.

While it didn’t start this way, the law underpinning the MBS has become as vast, complex and labyrinthine as human anatomy and physiology to the point where it has now reached Gordian Knot proportions that few can fathom.

In relation to this activity, the contents of the MBS are unhelpful and, in fact, irrelevant.

No, it’s not the MBS

The relevant legal authority sanctioning the bulk-billing of public outpatients is found in the provisions of the National Health Reform Agreement (NHRA) — the binding agreement between state and federal governments in relation to running public hospitals.

The Schedule G Business Rules in the NHRA, specifically Business Rule G19, states: “An eligible patient presenting at a public hospital outpatient department will be treated free of charge as a public patient unless: a, there is a third-party payment arrangement with the hospital or the state or territory to pay for such services; or b, the patient has been referred to a named medical specialist who is exercising a right of private practice and the patient chooses to be treated as a private patient.” Subclause b is the cause of those pesky phone calls GPs receive every day asking for named referrals.

To add to the confusion, it should be noted that this provision only applies when referring patients to a public hospital, and not when referring in the private sector where usual referral law applies.

As to what constitutes ‘usual referral law’, Medicare’s most recent interpretation of the law — published on the Department of Human Services website — clearly sanctions the concept of open referrals: “Referrals don’t need to be made out to a certain specialist or consultant physician. Referrers should let patients choose where to present the referral, this also applies to electronic referrals.”

But the DHS website does not usurp the provisions of the NHRA.

When referring patients to public hospital outpatient departments, the NHRA takes priority and determines the rules. So, when public hospital staff call requesting a named referral, while annoying, it is not illegal.

Subclause b specifically provides that it is the patient’s choice alone whether to be treated as a public or private patient. If a patient decides to go private, then the bulk-billing law under the Health Insurance Act applies and consent is required — evidenced by the patient signing the DB4 form.

So, if you want your patients to be able to choose whether they give their Medicare benefit to their public hospitals via this important source of additional revenue endorsed by the Federal Government, then starting your referral letter with “Dear pain clinic” won’t do — a named referral is required.

Alas, there is no mobster scandal ripe for a 60 Minutes expose here. The answer lies hidden in a piece of law that nobody could be bothered reading. On the plus side, there’s a clear advantage to doing nothing more than adding a name to your referrals. You may stem the flow of those unwelcome calls and intrusions on your time from public hospitals.