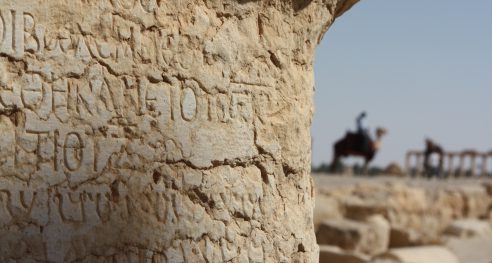 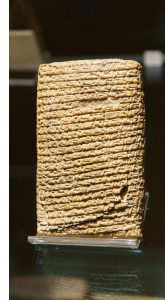 Medical records have a surprisingly long and illustrious history, stretching back to ancient civilisations like those in Egypt, Greece and Rome. Just as today medical records are our only evidence that a medical procedure or attempted cure has taken place, ancient stone tablets (which are unlikely to be heading for the electronic in tray of a health insurer) are our first evidence of the discipline of medicine. Ancient scribes or transcriptionists probably never thought they were recording history but then who does when they are trying to decipher what the doctor writes or says! So read on to discover the fascinating history behind some of the earliest medical accounts recorded… with probably the odd typo!

Ancient Mesopotamia was made up of various modern countries, including Iraq and parts of Iran, Syria and Turkey. It was in this region that rich civilisations flourished, including the Sumerians and the Babylonians, who ruled mighty empires more than 5000 years ago. Even at such a distant time in history, these civilisations understood the importance of medical records, however they were wise enough not to try to match their procedures to Medicare provider numbers, or even the ICD-5000BC codes!

Archaeologists have dug up thousands of records in the form of clay tablets (baked in fire) written in cuneiform (one of the oldest writing styles, and you might be forgiven for thinking that some modern doctors still write in cuneiform!). It’s clear from these records that their purpose was to document the patient’s history, just like today.  Unlike modern day records, many of these Mesopotamian records also included information about spells, astrology and astronomy. Most of the remaining records are housed in the British Museum. So patient privacy may have been thought of differently back then.

The ancient Egyptians were meticulous recorders of their history and they had thousands of scribes to record it. Scribes were considered to be highly educated.

Egyptian scribes were the forerunner to our modern day transcriptionists. Medical information was transcribed on scrolls of papyrus, a material that was made from a water plant. Egyptian records reveal that medicine was being practised in its many forms, from surgery to general medicine and even dentistry, more than 4000 years ago. And whilst x-ray reports are likely to be missing from these records, the odd diagram might have been used. Like in Mesopotamia, much of their medicine was still linked to magic, astrology and astronomy.

The hot Egyptian climate has been excellent in preserving these medical records. It’s almost like an ancient form of hard drive or cloud storage. But unlike our medical records, the Egyptians had to make many duplicate copies by hand – can you imagine – no keyboard, no typewriter and a dictaphone would have been out of the question.

Greek and Roman medical records tend to overlap, with both civilisations creating a systematic recording system more than 2000 years ago. The battle between Apple and IBM definitely has some roots in industry.

Greek and Roman records had a much more contemporary focus, reducing the emphasis on magic and astrology. There is more of a logical and scientific train of thought with descriptions of a patient’s mental and physical history. However, the gods are still mentioned, and we’re not talking about surgeons! Locals felt that the gods were able to cause disease and that illness was viewed as a result of the gods’ displeasure. Greek and Roman medical records were transcribed on parchment, which is prone to disintegrating, a problem our modern electronic counterparts don’t have.

Medical Records in the Digital Age

We have come a long way since the days of ancient civilisations, and with ongoing digital and technological advancements, new methods are being developed all the time.

At Synapse Medical, our speciality is paperwork, letting you focus on your patients. We offer services including medical billing and transcription, remote clinic coding, as well as app-only solutions.

If you’d like to learn how Synapse Medical could help you be more efficient with your medical practice, call us on 1300 510 114 or contact us online.