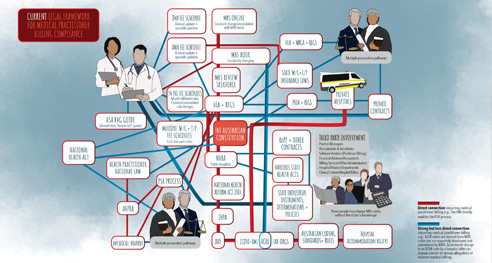 In 1975 when Medibank (later Medicare) was first introduced, the regulatory landscape was pretty simple.

Forty-five years later, it has morphed into a twisted and snarled morass of incoherent laws and other legal instruments, so complex and mercurial it would be beyond the comprehension of anyone.

The original Medicare scheme was built on strong constitutional foundations. It comprised little more than an important new Act of Parliament, the Health Insurance Act 1973 (Cwth), plus a few additional elements that doctors were required to navigate, such as various contracts, worker’s compensation arrangements, and a new policing system called the Medical Services Committees of Inquiry. A lot has changed, mostly in the past 20 years.

Read the full article, Medicare: how it started, how it’s going, by Margaret Faux, as published in the Medical Republic latest news September 21, 2021.

< Back
Go to mobile version