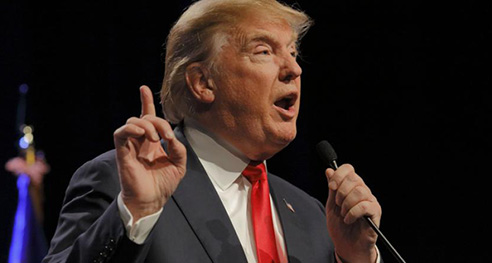 You’re likely guilty of this, so beware: the law trumps Medicare advice on bulk-bill vouchers

Having patients sign the vouchers – and then filing them in a place other than the bin – is more important than you might think.

Make one false move with Medicare and you’ll end up in a muddle — which is why you must get patients to sign bulk-bill vouchers, writes Synapse Global Medical Administration founder and CEO Margaret Faux.

I don’t know the exact number of times a doctor has said to me, “Nobody does it and I’m not going to either” when I’ve tried to convince them about the legal requirements and importance of having patients sign bulk-bill vouchers.

But I know it’s a tremendous number, a very big number, probably the biggest number ever — it’s huge. Believe me.

I can’t blame them for responding like they do, but it’s an indisputable fact that the law is very specific when it comes to patient signatures on bulk-bill vouchers.

There is nothing vague about the provisions of Section 20B of the Health Insurance Act 1973. Any lawyer, tribunal member or judge would have difficulty finding that the inclusion of the word ‘signed’ in Section 20B five times was equivocal.

The problem, therefore, is not the law itself but the interpretation of it, and principally that comes from Medicare. The Department of Human Services website advises doctors there is no need to keep a record of the signed slip.1

While the contents of this web page in no way override the provisions of the law (and Medicare doesn’t intend it to), there can be no doubt this unfortunate departmental decision has created quite a disincentive to comply.

I mean, we give the patient a slip to sign, and then we are allowed to bin it, literally.

We also have to give the patient a copy, but they don’t want theirs either, so they bin it too.

For those using the old ezyclaim terminals, the patient pressing “Yes” satisfies the relevant requirement, but for the rest of the modern medical billing world, no one really knows why anyone would bother printing bulk-bill vouchers that neither party wants nor needs.

Yet as far back as 1999, when electronic Medicare claiming was just a speck on the horizon, one commentator writing for the Australian Institute of Criminology suggested that removing the patient from the bulk-billing transaction in the future would be pretty much the worst thing we could do because it would render the entire scheme vulnerable to abuse.2

“[The patient signing the form] provides some check against providers making claims in respect of non-existent patients or patients who have never attended for the consultation in question. If an entirely electronic system were introduced, it would be essential for patients to be involved in the process of registering the claim.”

So here we are at that future time, almost 20 years later, and it seems we may have unwittingly done precisely what was advised against and removed the patient from the transaction altogether.

Medicare has always been an honour system that relies heavily on the integrity of doctors to do the right thing — and most do.

But for a minority, there is now nothing to prevent them making an entry in a patient record and bulk-billing for a service never provided or adding one more service or test after the patient has left.

Who would know? I mean, how many patients are going to complain about being bulk-billed? How many patients could even remember what happened on any given visit to the doctor?

The purpose of the signature requirement, therefore, is to keep the patient in the loop, and it matters.

The Medicare rebate belongs to the patient and cannot be passed to a doctor without consent. Consent is evidenced by the patient’s signature. Simple.

The bulk-bill voucher also says the patient was there, whereas the medical record does not confirm patient presence or that the service was correctly billed.

Think about it — it is the bulk-bill voucher not the medical record that clearly states no cash was exchanged, and we know that bulk-billing and charging any cash at the same time is a criminal offence.

For services where the patient is not physically present, such as telehealth and case conferences, it can get a bit tricky organising signatures, but the law is the law, and even then, the patient’s signature must somehow be obtained.

Medicare has certainly not made this issue easy to navigate. Removing conflicting information from its website could resolve the matter entirely, but until then, it is up to you whether you keep the signed slips or not.

However, in an era of mistrust, miscommunication, fake news and accusations of doctors rorting Medicare, it would be as wise to keep the slips as it would be to keep a diary if you were a staffer in the Trump administration.

Because complying with Medicare, like working for US President Donald Trump, is confusing, full of paradox, constantly changing and you always know that if you put a foot wrong, you may be fired!